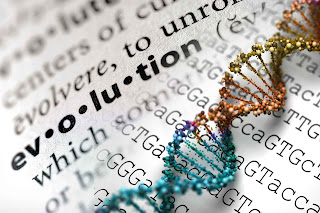 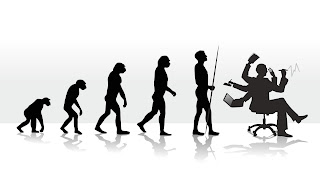 "Every generation hopes for a better life for their children than what they had. Then when they get it, they complain about their entitlement."

Shortly before I retired from a large metropolitan fire department, I attended an Officer Enrichment Seminar. It was designed to help officers like me become better, well, officers. At one point our group was addressed by a Battalion Chief who began to tell us how challenged we would be at the station by new recruits that were raised as Millennials. He told us how lazy they would be and how they lacked work ethic.

Because I knew I was close to retirement with little to lose, I raised my hand to address the chief. And I began to explain to him that the problem with Millennials wasn't them. It was us. I don't know who he'd been around, but the vast majority of Millennials, Gen Xers, Gen Yers, or whatever that I've encountered are some of the most evolved young people I've ever known. So I told him, after years of tradition and history in a service that often does things "because we've always done them that way," there was, at last, a generation of people brave to enough to finally ask, "Why?" And not only that, they were smart enough to suggest a better way.

Now, I'm going to ask you to think big. No. No. Bigger. Nope. MUCH bigger. Step out of your box of American or even Earthling, and think about things from a perspective that involves our universe. We are stardust on a speck of cosmic mud that is hardly a pin prick on the map of a universe that is one of thousands of universes. And, all of those universes are expanding at an exponential rate. We are completely insignificant. And.....completely unique and special at the same time. We're evolving. We have to evolve.

But, finally, to my point. Each and every generation since the beginning of man has hoped for a better, easier, more satisfying life for their children. And each generation has basically succeeded at doing exactly that. Once achieved, each generation then calls the next one soft, or lazy, or entitled. My great-grandparents likely thought my grandparents were soft because they had a cover on their wagon. My grandparents scoffed at my parents because they had a car, or black and white television. My parents were amazed I had a car, went to college, etc. And now my generation whines about kids today and their technology. "They should go outside and play more!' we scream.

Now, I'm not saying it isn't good for anyone to get some fresh air, but stick with me here. This generation is different, and each generation after is going to evolve at an exponential rate. My youngest daughter, clearly in the Millennialish category was never all that crazy about talking on the phone. "We don't do that," she'd say. "We text."  And so it begins.

Faculty at MIT have developed a thingamajig that converts brainwaves to electricity and allows you to manipulate electronic devices with just a thought. It currently only recognizes about 100 english words, but before long thinking is all that will be required to change the channel on your TV, make a phone call, drive your car, and yes, even communicate from one person to the next. Verbal communication is on its way out. 10 years? 100 years? 1000? I don't know, but it's happening.

What about cursive writing? Oh my god, how we cry about how kids can't write or read cursive. My question to you is this. "So what?" Kids and young adults don't need to read and write in cursive. It's outdated and archaic. It's being replaced by something way more efficient, and the fact you're reading this blog is evidence of it. You're just angry that YOU had to learn it. Language and communication are evolving.

Kids today don't go outside and play as much. Is that sad? Sure, sort of. But it's only sad because that's what I did as a kid, and I loved it. But today's kids are prepping their brain for much bigger things. I don't even know how to play a video game, but can you imagine a better way to prepare your brain for the advances to come than to "plug in?"

Change is hard, but things are changing and they're changing fast. Every alien movie ever produced imagined an alien species void of things like verbal communication, written word, or even sex as we know it today. It's where every generation is heading. If you don't believe me, do some reading about Quantum Physics or String/Wave Theory. You don't have to understand the math to understand the implications. Even Einstein could barely fathom where we're heading.

Now, it's completely plausible that we won't survive as a species long enough for all this evolution to come to fruition. That's a very long topic for a whole other time. In the meantime, by all means, make your kids get some air, but let them have their electronics and gadgets, too. It's where we're heading, and it's necessary for them to survive. Don't keep them locked in the 1950's and 60's. Help them thrive in a future that's evolving exponentially. You don't have to like it. But it's necessary.

It's evolutionary.
Posted by Matthew at 4:46 PM